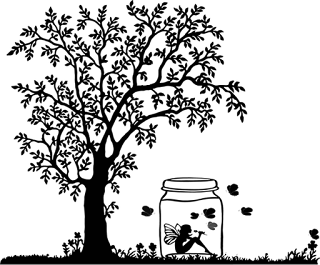 When a thought appears in mind in form of worry or fears it seems real. It seems it needs an immediate attention. The thought quickly occupies the mind and then we quickly feel its manifestation in our different areas of our body like our stomach or our chest.

But if pay attention,  a few days later the very same thought does not have the same power. Although the situation is the same, the thought has not the same power anymore. for example, if a fear appears in our mind in the evening. if we sleep on it the day after the fear has might gone completely or it is weaker.

A thought is powerless on its own. It simply gets power if you pay attention to it. Then it can carry you away from the moment of now! Then you feel upset!

When a new thought comes to our mind we take it very seriously.  It tells us that it is an important issue and we must take care of it or something bad will happen.  So it starts to put pressure on us and usually it also brings another thought with itself it adds to the worries.

1. But why we take it so seriously? Why we put a lot of attention on it?

Because it looks real! When we are dreaming while sleeping, the dream seems so real! but only we know it when we wake up. We live the dream. it makes us upset, happy,...
We live the thought, it takes us to the situation, we see ourselves in that bad/good/worrisome situation. It creates an imaginary reality about something that does not exist.

If and only if we were aware that it is just a thought and although it seems a serious one, we quickly see it as a thought and also aware of the fact that it eventually will go away like any other thought or any other phenomenon in life. it quickly loses its power. It loses its realness. It becomes much less real. It is like spraying the light of awareness on a seemingly real dream.

The thought will probably arise again but, less irritating and each time you spray awareness on it washes away its colour of being real and becomes much more a thought than a real event.

Popular posts from this blog

Puppet of your mind.

August 11, 2017
She said: But I want to take my destiny into my own hands, I don't want to be surrendered, I want to change my future. I want to make my own future.

Answer: When you are not surrendered to what it is, you are resisting to what it is, you are not in the moment of now, you are either in the future or the past. Memories of past or illusion of future. You start to experience an illusional world in the past or future. Both are just thoughts that occur to you. And as you are not aware of those thoughts. You identify with the thought. You become the thought itself. It seems so real that you start to feel it really happens right now. You start to feel all tensions like you are there in the situation.

You are not aware of your surroundings anymore, you start to live an illusional world in your mind. This thought is an entry point of series of unlimited thoughts that they come one after another. They frighten you. They make you worried. Then you like a hypnotised person full of fear, start…
Read more 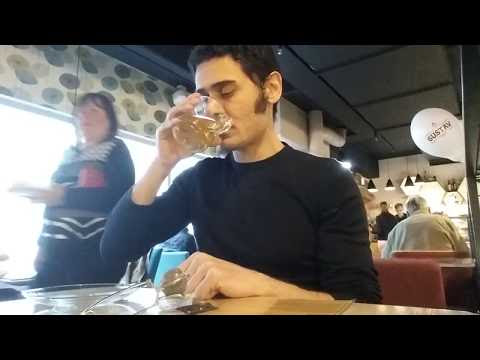 For duration of this drinking tea, forget the past and future, I understand You have lots of recurring memories from the past, and there are many worries of future and future plans. But only for this short period of time just assume there is no future and no past. Just you a cup of tea to drink and that's all. Get ready to sit for a longer period than usual. Sit in a comfortable position. Look around, observe what is going on around you. Look at the people, decoration, objects and overall feeling around you. Get a sense of your surroundings and your position in this whole. If thoughts or feeling comes up, only observe them shortly then label them as a thought or as a feeling and then return to your watching. If you find yourself lost with a thought it does not matter, let it be. Now that you know you are lost, simply return to y our observing. Continue watching till you feel good. Look at your table and then your tea. See what your tea consist of. And then again watch…
Read more